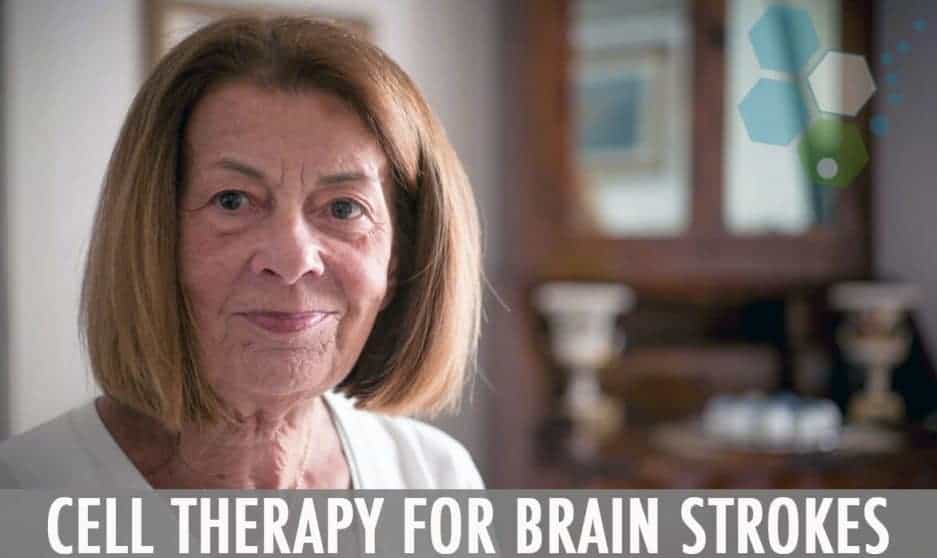 UPDATED July 02, 2019 – Stroke is a term to describe an interruption of blood flow and oxygen to parts of the brains.  Once the gray matter in brain cell stops getting enough oxygen and nutrients needed to survive, cell death begins. In the human mind, Grey matter contains the majority of neuronal cell bodies and are responsible for managing many functions such as emotions, muscle control, hearing, decision making, sensory perceptions, memory, speech, and self-control.

There are two main types and causes of brain strokes. Sudden blocking of arteries can cause acute ischemic strokes or damage to blood vessels resulting in bursting or leaks can cause hemorrhagic strokes. Over 80-85% of strokes are ischemic, and about 10-15% of strokes are hemorrhagic.  Strokes caused by bleeding cause more damage and are more challenging to treat than ischemic. Some patients may have a very short disruption to the brain known as a transient ischemic attack (TIA) or “mini-strokes,” but these type of strokes are not as dangerous and might not permanent brain damage.

A stroke caused by blockage of the blood vessels that supply blood to our brain is known as an ischemic stroke and is generally the most common type of strokes we treat at the regeneration Centre of Thailand. There are two main classifications for ischemic strokes. 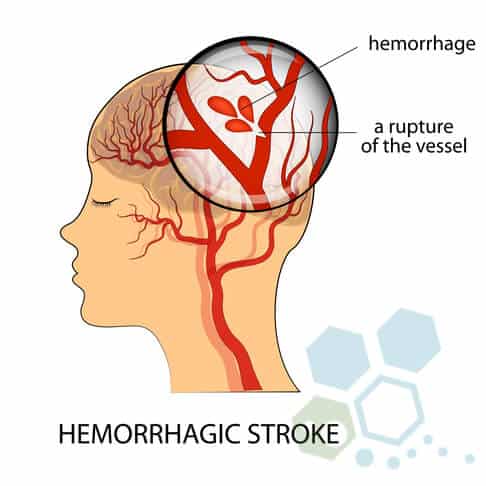 The severity of the physical damage caused by a stroke depends on how much blood flow was restricted and for how long. Some visible and noticeable consequences of impaired brain function are:

For most people, the symptoms of a stroke typically start without prior warning and can last from just a few seconds to a few minutes. Some fortunate patients recover quickly without further damage or issues buy for many this is not the case. The symptoms and warning signs often depend on which area of the brain gets affected. Severe strokes affect larger regions in the brain; thus, more physical functions are likely lost and can result in orthopedic injuries to knees, hips, hands, or shoulders due to falls.

Currently, the only traditional treatments of ischemic strokes require restoration of proper blood flow back into the affected area by using a mechanical device or thrombolytics that physically removes any brain clots. The use of thrombolytics is very beneficial if introduced a few hours after the patient displays stroke symptoms but not very useful; the longer a patient waits. This means that only a few stroke patients can take advantage of this therapy due to the timing requirements. 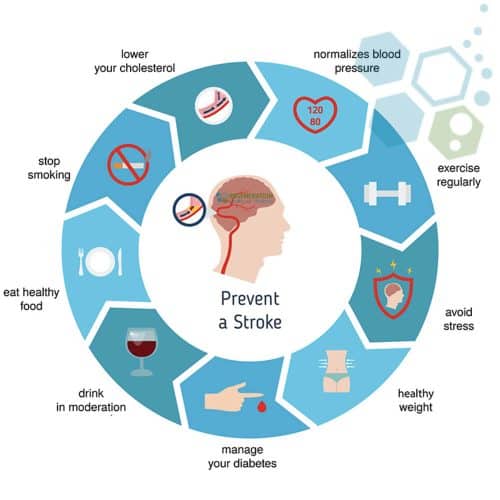 Several factors can increase or reduce a person’s risk of getting strokes. Some controllable risk factors for strokes include:

Other medical related risk factors include:

Brain stroke kills twice as many women per year as breast cancer. Strokes are currently the third leading cause of death for women across the world, and for this reason, women should take the necessary steps by understanding the factors and making changes to reduce overall risk factors.

Some female-specific risk factors for having brain strokes include: 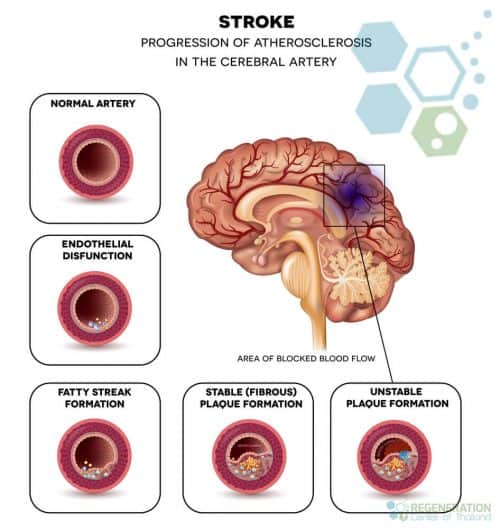 To diagnose a stroke, a physician usually examines the patients’ pulse and breathing patterns. Among other things, blood pressure, frequency of heartbeat, and blood sugar are measured. The person affected and the relatives or relatives of the patient are asked about the history of the stroke patient, symptoms, and risk factors. It is especially helpful if the date of the first occurrence is known. A Physical examination can be used to detect paralysis, impaired consciousness, speech ability, as well as speech comprehension and emotional disorders. Unconscious patients may receive oxygen treatment via a tube in the trachea ( intubation ) along with IV bags for fluid and medications to be delivered by a hospitals stroke unit.

At the hospital, nerve function tests can help provide clues as to which parts of the brain are affected by the stroke and how severe the damage is. Blood collection and testing provide information on, among other things, blood counts, blood clotting, inflammatory parameters, and risk factors such as elevated cholesterol or blood glucose levels. The medical team can then use imaging techniques such as CT Scan (computed tomography ) or MRI scan (magnetic resonance tomography) to scrutinize the patient’s brain. The radiology scans are especially helpful to diagnose if the patient has an ischemic or hemorrhagic stroke is present, detect circulatory disorders or existing cerebral hemorrhages. In addition, the cerebral vessels can be also be visualized by a CT angiography to detect blockages.

Other tests used to check the cause of the stoke, brain vessels affected by arteriosclerosis, narrowing, or thrombosis includes ultrasound or duplex sonogram. Carotid arteries are also checked for permeability and can be visualized using contrast medium on CT or MRI scan. To detect cardiac arrhythmias, an electrocardiogram (ECG) is used.

Treatment for stroke depends on what type of stroke it is and what the underlying cause is. For ischemic strokes, doctors need to act quickly to restore blood flow to the brain and avoid further brain damage. 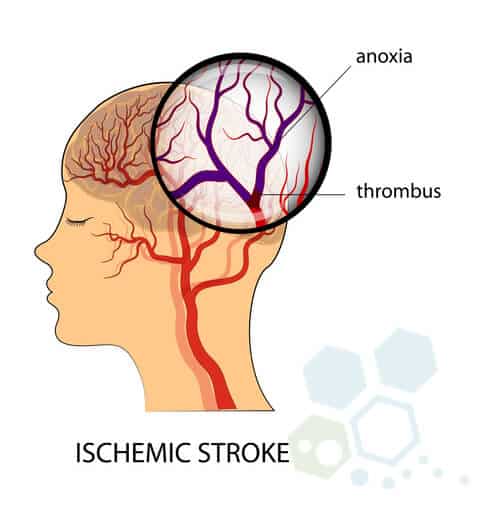 Some medications for ischemic strokes can be used to try to break the clots inside the veins and must be given a few hours after a stroke. 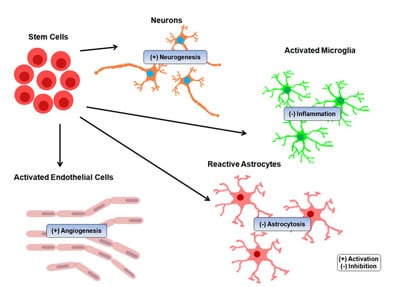 Traditional treatments for stroke patients can only manage the symptoms but cannot do much to try to repair the damaged tissue or replace the dead cells. Exosome therapy using neural stem cell growth factors help target the underlying cause of the patient’s injury and not just mask the symptoms. Neural stem cell transplants are safe and painless to inject and have shown to survive transplantation and begin differentiating into new neurons in the patients brain tissue. In addition to the replacement of damaged cells, replacement therapy can also induce endogenous neural precursors that help boost the brain’s’ structural neuroplasticity, regulate pro-inflammatory cytokines and the neuronal apoptotic death process. To learn about stem cells visit here.

The damage to the brain is usually done when the proper flow of oxygen and blood is stopped or blocked for some time. It is critical to get an immediate medical intervention to try to restore the normal circulation of blood and oxygen to the brain and avoid long term damage. We typically recommend having active treatments like neural stem cell replacement as quickly as possible following a stroke to avoid the chances of lesions forming which lead to scar tissue that cannot be repaired after a certain length of time causing permanent paralysis with peripheral neuropathic pain in ischemic stroke patients

Neural stem cell therapy uses the paracrine cell signaling method to target the damaged part of the brain’s neural circuitry that controls motor functions. The cells are first enhanced in our stem cell lab then injected intravenously, via a proprietary stem cell nebulizer treatment to deliver cells near the motor neuron tracts close to the lesions in an attempt to promote regeneration and repair through the section of Cytokines and nerve growth factors. The benefits are gradual; however, most patients show immediate improvements after the first or second infusions and continue to show improvement 3-6 months post-therapy. The results are permanent but will require consistent physical and speech rehabilitation after treatment to allow the brain to return to proper function, especially for cases with cerebral hemorrhaging and cerebral infarction.(22299451)

Other noticeable Improvements of Stem cell therapy for Strokes include:

Stem cells are a breakthrough technology but do have limitations. Based on research and experiences, the most successful patients’ recoveries happen for patients who start intervention treatment very early after the incident. Lack of oxygen to the brain can cause rapid damage and failure to other vital organs.(19017556) If you or a loved one are unable to get stem cell therapy quickly after a stroke we recommend daily use of a hyperbaric oxygen chambers, External counterpulsation therapy (ECP), pulsed electromagnetic therapy (PEMFT) to areas on the back of the patients head, neural growth factors,nutritional iv injections and/or periodic acceleration therapy (pGz). 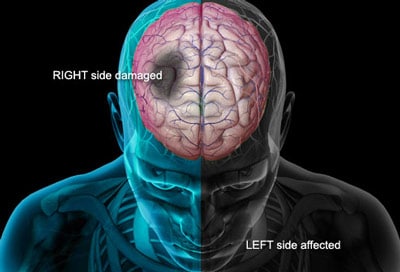 A Stem cell-based stroke protocol offers great potential to restore physical functions after stroke. Neural stem cell transplantation can use used to replaced damaged or dead neurons and promote neurogenesis by modulating inflammation, axonal plasticity, remyelination, angiogenesis providing neuroprotection for existing cells. The enhanced brain stem cell protocol for the treatment of neurological conditions such as SMA, Traumatic brain injuries, Parkinson’s, ALS, Motor Neuron Disease and ataxia have been optimized for therapeutic benefits and minimize risks associated with stem cell treatments. The strength and scope of any treatment will depend primarily on the patient current physical needs. The treatment we offer is thorough and will require 2 – 4 weeks in Bangkok depending on the severity.

Physical and Speech Rehabilitation is highly recommended after a stroke treatment and can be provided at a local hotel facility upon request. We can also assist in finding certified physical or speech rehabilitation with an accredited therapist in your home country depending on where you live. Medical visas and accommodations for an extended stay at serviced apartments are provided upon request.

Due to varying degrees of severity, our medical team will need to review the patients’ medical records and diagnostic imaging results. Once the medical review is complete, we can know if the patient is a good candidate or not and provide a fixed cost for the entire treatment.  To help us make an accurate assessment and provide a detailed treatment plan, our medical staff will need to review the recent medical records, including any imaging results from Brain MRI’s or CT Scans. (Test Results less than three months old are required for treatment evaluation)

To begin the pre-qualification process for our multi-stage stroke treatment, please contact us today.