Researchers have just announced discovering a new type of white blood cells (leukocytes) that can save dying/degenerated nerve cells and reverse damaged nerve fibers in patients with head injuries or spinal cord damage. A type of cell that previously was thought only to help fight infection also promotes nerve regrowth and neural regeneration. 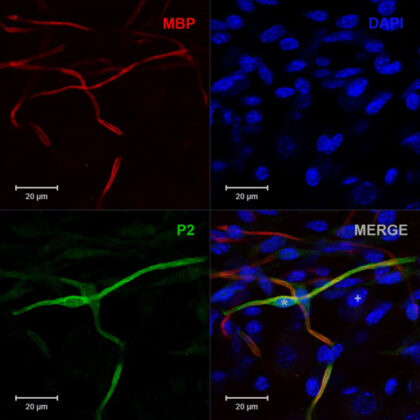 The granulocytes used in the study were found to be similar to that of immature neutrophils.[1]  These cells’ therapeutic power was tested by injecting them near damaged nerve bundles and directly into injured optic nerves. The results showed that the experimental group showed evidence of regrown nerve fibers, while those injected with mature neutrophils did not improve. This particular subset of immune cells (granulocytes and neutrophils) secrete essential neural growth factors that can be used to quickly increase the survival of nerve cells after traumatic and acute injuries to the (CNS) central nervous system. The findings are another unprecedented discovery that shows cellular stimulation to severed nerve fibers can restore function to the central nervous system.

The next step in this promising discovery is to collect more isolated (neuro-enhancing) granulocytes and culture them in the lab for therapeutic dosages. These immunotherapies are already being used as a safe type of cancer treatment to manipulate chemokines, immune checkpoint inhibitors, and other immune-related genes. Besides the ability to reverse genetic conditions, these breakthrough therapies are also being tested for treating traumatic injuries immediately following an accident.

The study of immunotherapies for brain diseases is a prevalent one in modern neurological research. In early 2020, researchers at Stanford University Brain Rejuvenation Program also described a newly discovered subpopulation of CD8 T-cells that can be enhanced with a targeted peptide to relieve MS symptoms effectively. Patients who have neurological deficits have to deal with debilitating symptoms every day. The possibility of helping those patients reverse these deficits and improving the quality of life is fascinating. The findings are very new, and much research never gets translated to the clinical environment. However, such findings offer vast potential for medical advancements in this decade.

In the future, neuroimmunology research will lead to the development of new novel cellular-based therapies that can be used safely to restore lost neurological functions for a wide range of conditions.[2]