The exact origin of the term “Daughter Cell” is unknown but it is believed the term comes from the result of asexual binary fission. The cells formation is asexual by definition, if the parent cells are considered to be “mother” cells, then the progeny would have to be of considered the same “gender” or “female daughters”, since the genetic material in the newly formed cells are basically identical.(23193738)

The regeneration center of Thailand research department also recently discovered that decay particles from known radioactive elements are also sometimes referred to as “daughters” of the parental radioisotopes but using gender-based rationale would not be appropriate in the latter situation.(23720350) 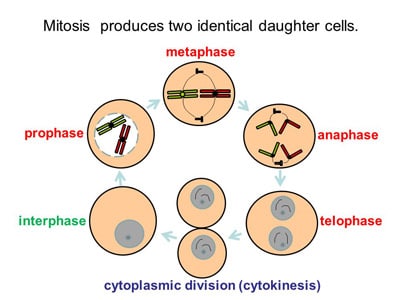 All Hereditary material encoded in Human DNA and is passed from one cell generation to the next via mitosis. The daughter cells are virtually identical to the parent cells and will continue to differentiate / self-renew indefinitely, helping to maintain appropriate stem cell levels in the human body. The only difference is that daughter cells are programmed to follow a slightly different course in their development and function.

To learn more or if you have any other questions please contact us today.

There are no comments yet